Introduction to the Village

The village is located north of Leicester between Birstall and Syston. With the development of the A46 link to the M1 there are now more than 16 road signs indicating its location. Nevertheless, locating Wanlip is a good test of a recent road atlas.

The village is mentioned in the Domesday Book and for centuries was an estate village, owned from the 1600s by the Palmer family. Up to the 1940s, most of the residents were still tenants, farming or directly serving generations of the same family occupying Wanlip Hall.

Few of the tenants came from long established village families. Of those shown in the 1901 Census, only 15 residents were born in Wanlip and overall very few also appeared in the 1891 Census.

In 1937, following the death of Lady Augusta Palmer, the whole village, including all the fields around, was put up for auction. At that time, much of the land was described as 'useful arable land or ideal for development'. Indeed, the former Wanlip Hall, the Park and adjacent land in Church Road was recommended for 'development on comprehensive lines as a Garden City Housing Estate'. Perhaps the sense of an approaching war discouraged potential investors because much of the land is still owned by the Palmer Tomkinson family. War-time and post war building restrictions 'held the fort', then Green Belt and Village Envelope Regulations were introduced which preserved the current rural character of the village.

From 1841 to 1901 there were 21 to 24 households. Over the years, with the building in the Hall Gardens, the site of the former Rectory and more recently, Home Farm, this has increased to 68.

This story taken from the Leicestershire History Web Site  relays the story of Giant Bel and his great horse.  - You can read more details by clicking on the link at the bottom of the page.

“Once upon a time there was a giant who lived in Leicestershire, and his name was Bel. Now the worst thing about the giant Bel was the way he bragged and boasted….

It continues with Bel saying….

“I could get to Leicester on my charger in three leaps! Three leaps from this very spot, or I’m not Bel the giant.”

“At a place near Farmer’s house, he mounted his great sorrel charger. And that place is called Mountsorrel to this day.”

“He gathered himself up, he called to his steed, and away he went, up in the air, a great long leap, and the people of Mountsorrel said, ‘O-o-oh!’ as he disappeared. In one leap he reached a place half of the way to Leicester. And that place has been called Wanlip ever since. All the people gazed to see the giant land.”

“Then Bel drew himself up, he roared at his charger, and he leapt again, and all the people said, ‘There he goes!’ as he soared through the air.”

“But then there was a terrible bursting and crackling noise, a noise like whips of leather, a roaring noise like a tree falling down. It was Bel’s harness, Bel’s horse, and Bel’s bones themselves, bursting with the great long leap.”

“With a sigh like a storm at sea he came down galumph at a place two thirds of the way to Leicester. And that place has been called Birstall, ever since.”

“Bel groaned and thought of the farmer’s sheep and cattle [his prize for winning the bet]. He urged on his dying charger with the great spurs, he gave an echoing shout, and away he went again with his harness flying in all directions. (Some of the children ran to pick up the pieces).”

“But Bel had boasted too much. It was too long a leap for him, too great an effort for his great sorrel charger. He came down groaning like a winter wind at a place a mile and a half from Leicester. And there they rolled over dead, the boastful giant Bel and his sorrel charger. They were buried in once great grave where they landed, and that place has been called Belgrave from that day to this.”

“As for the people round Leicester, they rejoiced greatly to know the greedy and boastful giant was dead, and their sheep and cattle safe. Especially Farmer Hook and his beautiful bay mare Jennet. He and his wife and his children danced round Jannet singing a rhyme, and this is the rhyme they sang:

Mountsorrel he mounted at

Rothley he rode by,

At Wanlip he leaped o’er,

At Birstall he burst his gall,

At Belgrave he was buried at.

“You may still hear it sometimes, in Leicestershire.”

It’s a great story isn’t it! Mountsorrel, Rothley, Wanlip and Birstall form roughly a straight line between Loughborough and Leicester. Belgrave was once a village in its own right but now is part of the city of Leicester. If Bel had made his wager today he would have won his wager as he did indeed make it to Leicester in just three leaps! Other versions of the legend states that he started his journey from Belton near Loughborough (Bel’s tun) – another fitting place name for this legendary character!

At the time of Domesday, Belgrave was called ‘Merdegrave,’ but some historians believe it may have originally been called Belgrave. With Bel meaning ‘beautiful’ in French, some presume they change it to ‘Merde,’ which means ‘dung’ (to say it politely) as a way of oppressing the conquered. The other interpretation is that Merdegrave is the original Old English name, meaning the ‘grove in the meadows’ and it was actually the Norman’s who changed is to Belgrave – the ‘beautiful grove,’ to remove the French connotation of the word ‘Merde.’

We’ll never know the truth but the name Bel has been in the region for many years before the Norman invasion (Belton for example). To the ancient British pagans Bel was the sun god and it is after him that the ancient May Day festival of Beltaine is named after, a festival that continues to be celebrated to this day in Leicestershire. Two ancient British kings, Cassi-Belin and Cuno-Belin were also named after this important god.

We have read how Black Annis could have possibly represented the goddess Anu and by being dark and blue-faced, she represented the darker, more wintery times. It appears that her opposite and counterpart was the summer sun god – Bel. The story of Bel could well have been adapted over the years and originally his journey could be representative for the sun moving across the sky, falling when he reaches Belgrave. Belgrave is only just north east of the Dane Hills (Black Annis’ Bower) so by dying in Belgrave, he could have been giving way to his Winter Queen, Annis/Anu, to rule over the remainder of the year.

Beltaine fires were lit across Leicestershire on May Day to usher in the god of light, the sun god, Bel, and his name has lingered in local folklore ever since – in a child’s story – and long may it live! 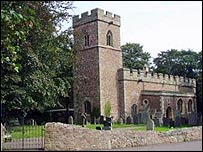 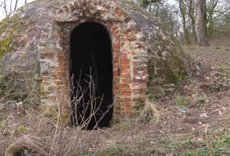